Group went out and hunted 3 properties, young boy and guy in his early 20's both killed their first rabbit. I shot one in the head on a dead run, the rabbit did a flip in the air, then around in circle 5 foot in front of me. Just kept on running in a circle, never seen anything like it, I tried to catch, but finally put another shell in it. Great way to end the season!

Yeah he works for Mike Olgesbee at Firelands electric and started hunting with us this year, I think he's a waterfowl guy, but likes to drink beer and his a misfit like the rest of our group.
Reactions: 5Cent

I don’t believe you found like minded people to hang out with...I thought you were a Lone Ranger.
Reactions: Bigcountry40

Georgia land of the free loaders

Fine eating right there
B

Big fat rabbit hiding under an old chair that was left on my property from a deer hunter....I've found to many fur piles this season and won't be killing any on my property. 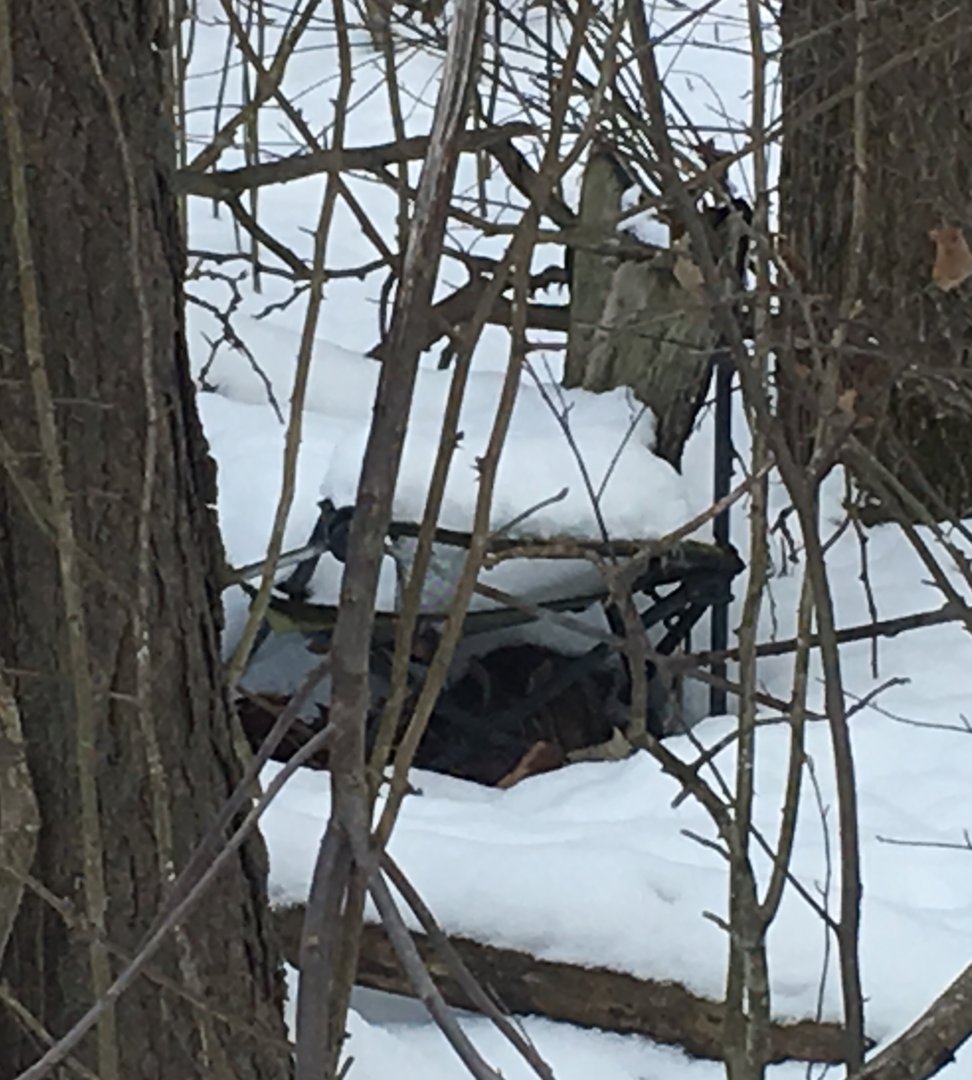 I enjoy watching them run out past me when I'm out deer hunting. Few and far between up here around the house anymore.
Reactions: GoetsTalon and Bowkills
B 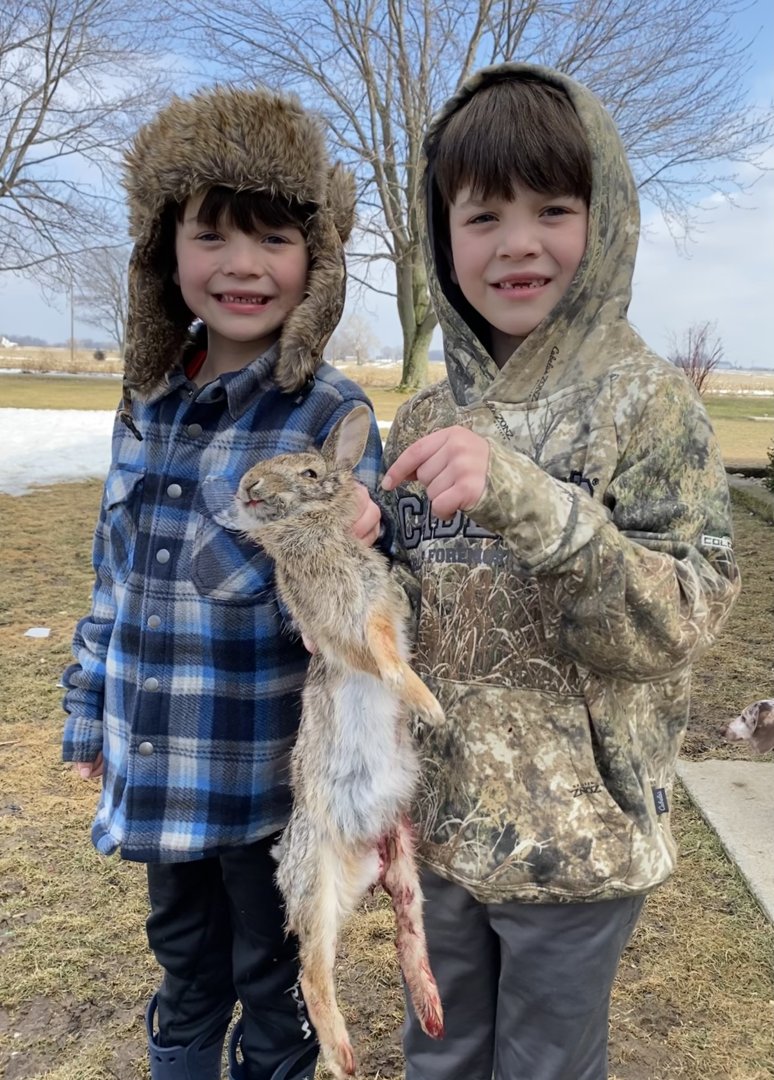 Took a walk a crossed the road in the woods today, a lot of the woods and brush lines under water, we walk all the high ground and killed this guy
Reactions: Wildlife, OhioWhiteTails, Dustinb80 and 9 others
B 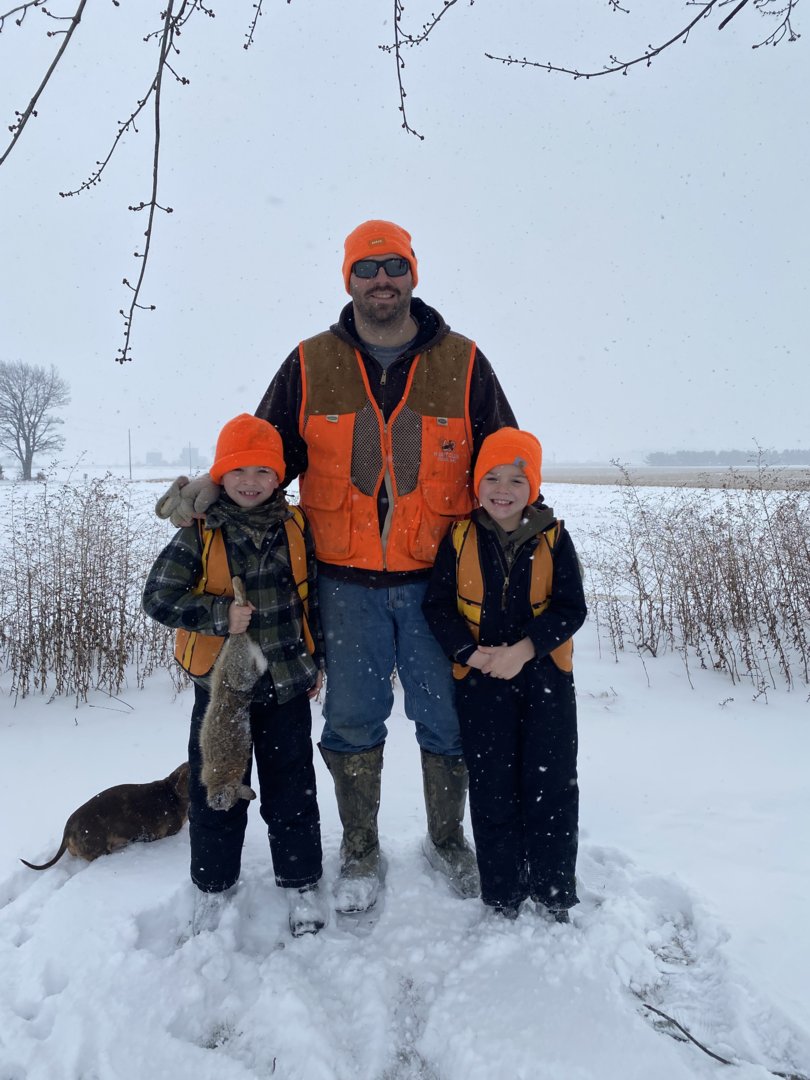 Snow day for all of us, went down the road with my boys and beat some brush. The boys are starting to understand the concept and jumped this fatty right to me.
Reactions: Wildlife, Isaacorps, CJD3 and 12 others

Bigcountry40 said:
View attachment 144580
Snow day for all of us, went down the road with my boys and beat some brush. The boys are starting to understand the concept and jumped this fatty right to me.
Click to expand...

Need another dog, of the beagle persuasion….

J said:
Need another dog, of the beagle persuasion….

Yep,nother couple years those 2 will make you the dog .
Reactions: "J", giles and Bigcountry40
B

I walked a good ways yesterday afternoon and didnt see a track. I dont think they had come out of there holes yet since the snow had fallen. I forsee alot of good years to come in that photo congrats!
B 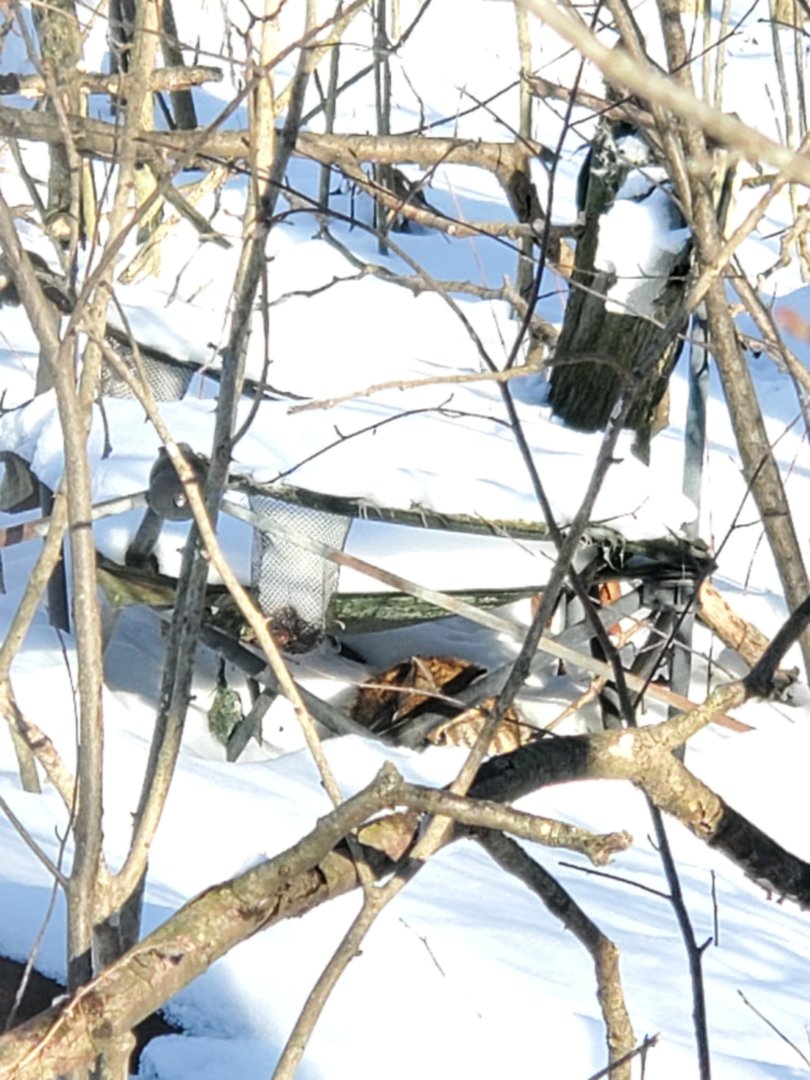