Been hunting a tucked away flock of public land turkeys for three years now and finally killed one. Missed on opening day and fudged another opportunity the first week.

This is my first archery bird, first public land bird, first spot and stalk bird and first limb hanger! Had an absolute blast hunting this flock so far this year!

The birds roost in the same spot every night with 10-15 makes and 10-15 hens and usually move around as a full flock. Thankfully they finally broke off into a couple groups of toms today but none of them wanted anything to do with our setup. We watched 7 toms walk by strutting at 120 yds and completely ignore us. Two hours after first light we could hear a few toms gobbling at cars and school buses standing in the middle of the one lane dirt road. I jumped up to stalk them because I hate blinds and my buddy followed along. Halfway there birds gobbled from next to our blind so he peeled off and went to try and stalk them (boy of us had bows). I skirted along the edge of the thin field they were in with a creek on one side and a dirt road on the other. Using the shadows and my camo I stood straight up and just walked slightly closer every time I saw their head duck behind the small “Christmas trees” scattered around the field. Somehow for the second time in two weeks I got inside of 50 yards. I only had one shooting lane and one strutted moved in after a couple minutes. I completely blacked out and let the shot rip for 43-46 yds. He rolled eating dirt for 10 yards and got attacked by his buddies. They pinned him on the ground spurring him and biting his head and I sat there and watched for 5 minutes until I had 30 gobbling turkeys all around me. My buddy did not have luck on his stalk since my turkeys called in the ones he was going after [emoji23]. Great morning in the woods! 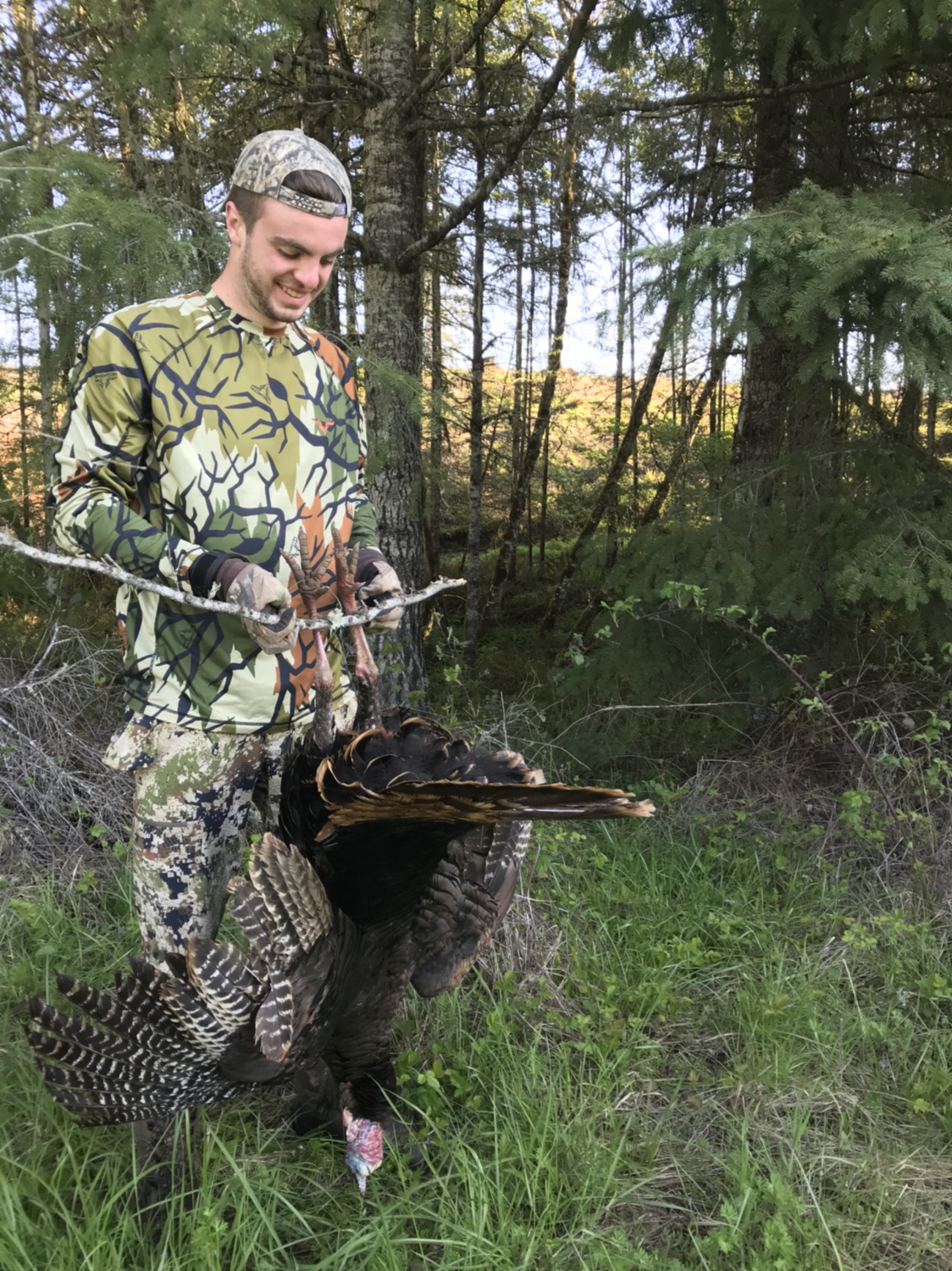 Congrats! Heck yeah. Way to get it done.
Reactions: teenbowhunter

Congrats! I’ve said it on here before...getting one with a bow is quite the accomplishment! Well done!

Congratulations
That is an accomplishment

Chippewa, Pa (On the Pa/OH Border)

Sounds like a once in a life time hunt. Congrats. Also sounds like a freaking awesome spot. Only had that many gobblers/Jake's around me a few times in my life.
Reactions: teenbowhunter

PA Bandit said:
Sounds like a once in a life time hunt. Congrats. Also sounds like a freaking awesome spot. Only had that many gobblers/Jake's around me a few times in my life.
Click to expand...

Yeah I don’t know why but they’re super concentrated at this spot this year. Super fun to listen to!

Congrats that is awesome!
Reactions: teenbowhunter