Did my 1st Buck Euro Mount

Finally got around to finishing up my first deer euro mount ever.

I never had any personal encounter with this particular buck until I found him dead on the last day of 2017/2018 hunting season.

I couldn't tell what killed him, however the coyotes did their thing and I figured he was dead for at least 2-3 days. 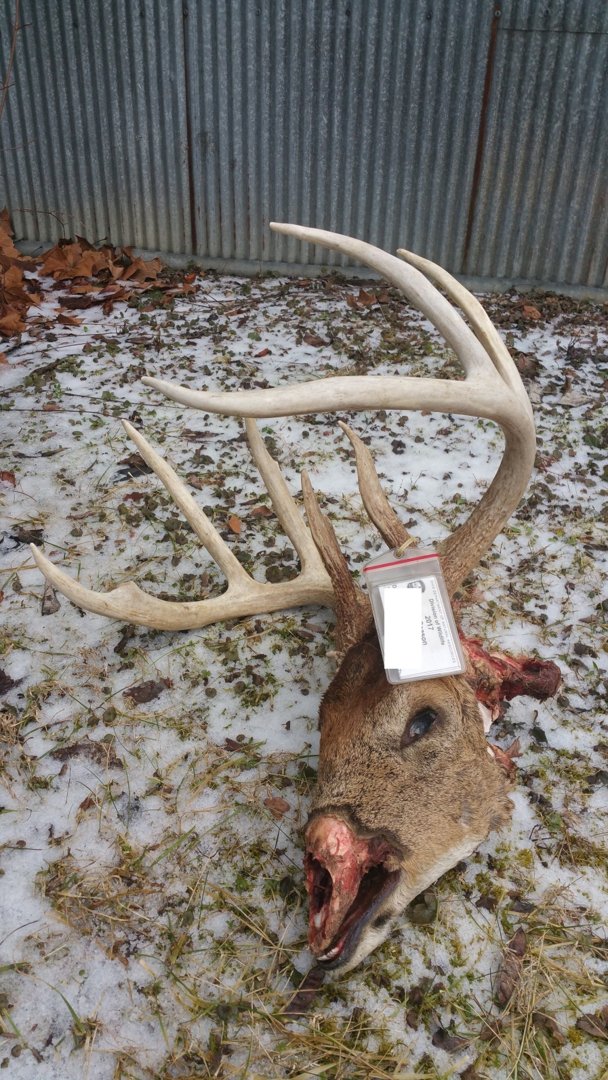 I buried him behind the barn shortly after I got him home and let 'Mother Nature' do her thing.

I dug it up about a week ago and then started the process of clean up.

A squirrel chewed the tip of the main beam, however It's not 'TOO' bad.

I soaked it in a 5 gallon bucket in the sun with dawn dish soap & some hot water for an entire day.

Then I soaked it in the same bucket full of hydrogen peroxide for a few more days.

Additionally, I went and purchased some hair salon products such as the following below. 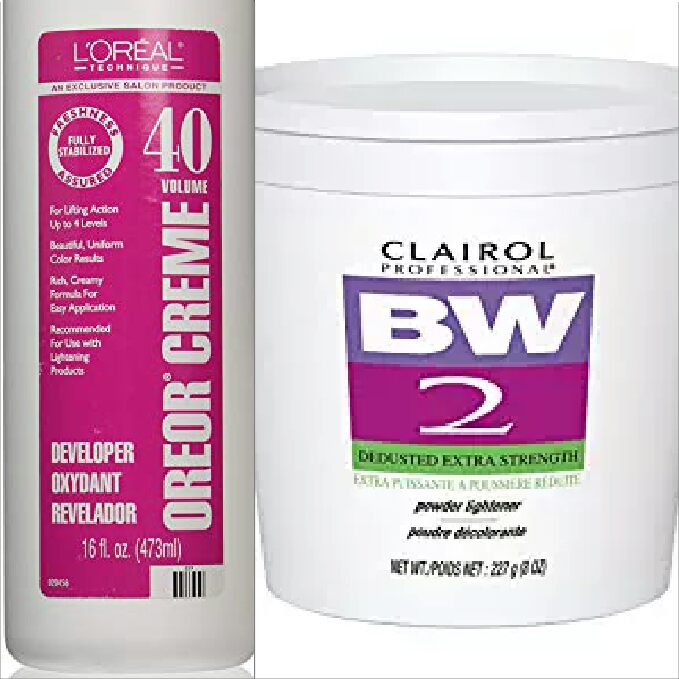 I mixed the the two up with a 2-1 ratio, then pasted it on the skull only. It sat over night until the next morning, then I washed it off with the outdoor hose.

After the skull completely dried in the sun, I went ahead and did the final detailed touches to both the antlers and the skull.

Some hand sanding and a little bit of glue here & there.

I purchased the wooden oak plaque from 'Amazon' at reasonable price.

I'm pretty happy in how it turned out.

He's a three in half year old twelve point with two broken off tines, one on each side. 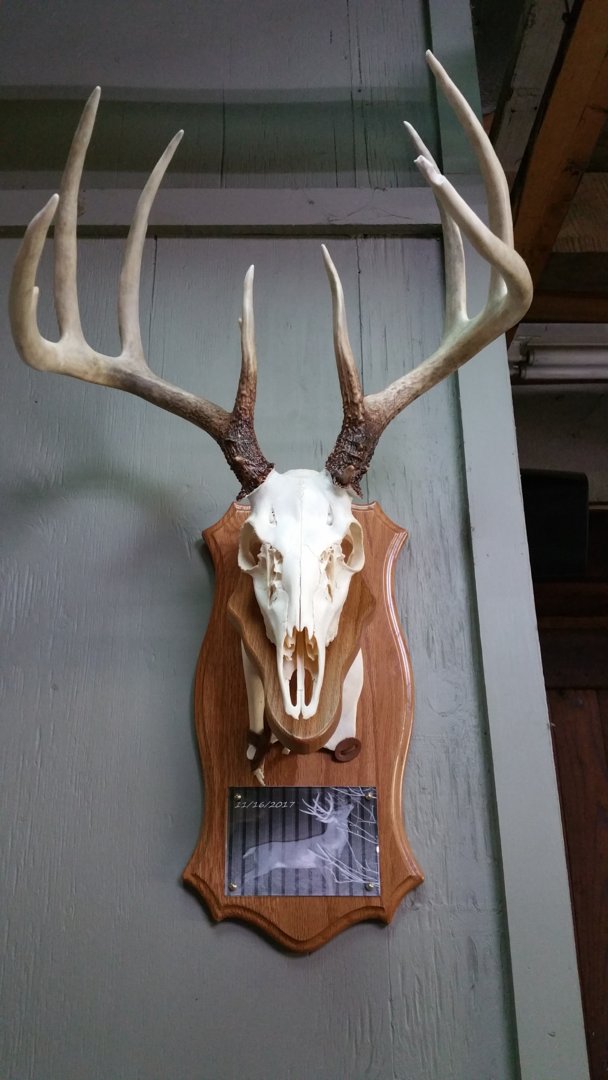 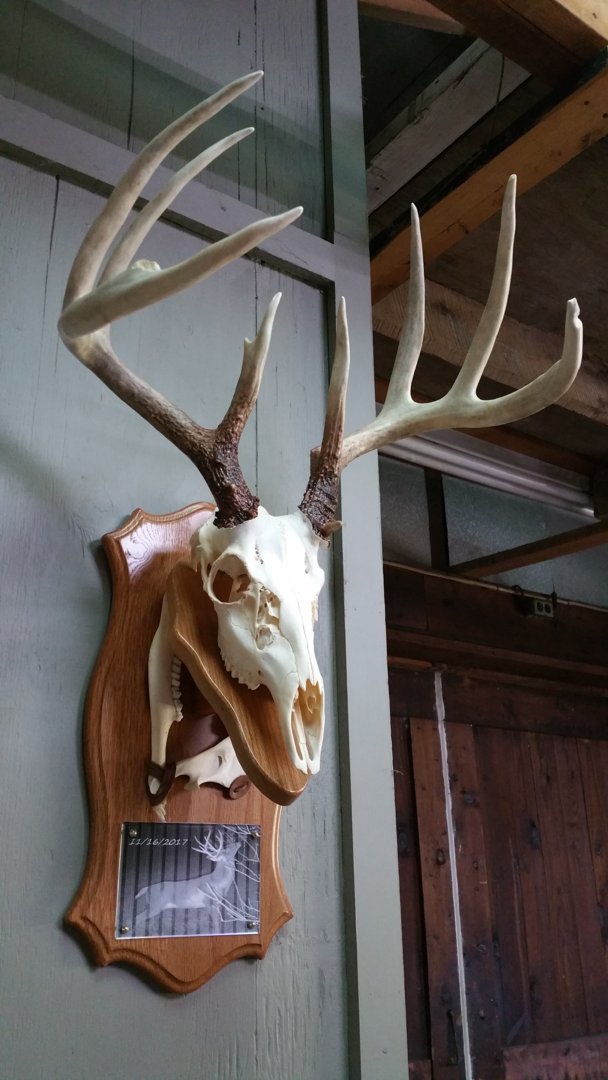 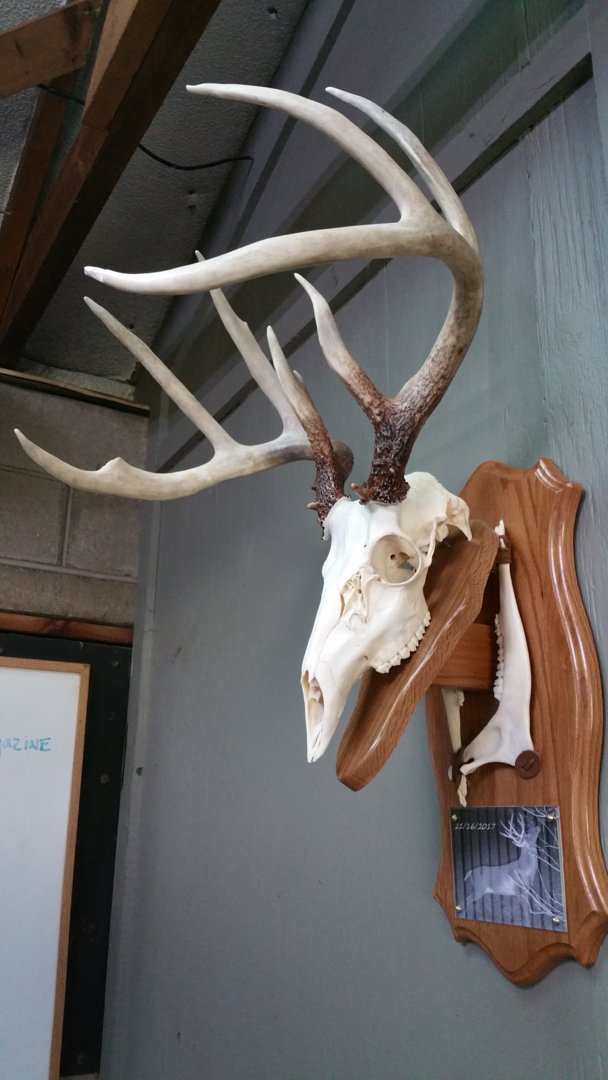 I need ink for my printer, but here's what the photograph is suppose to look like. 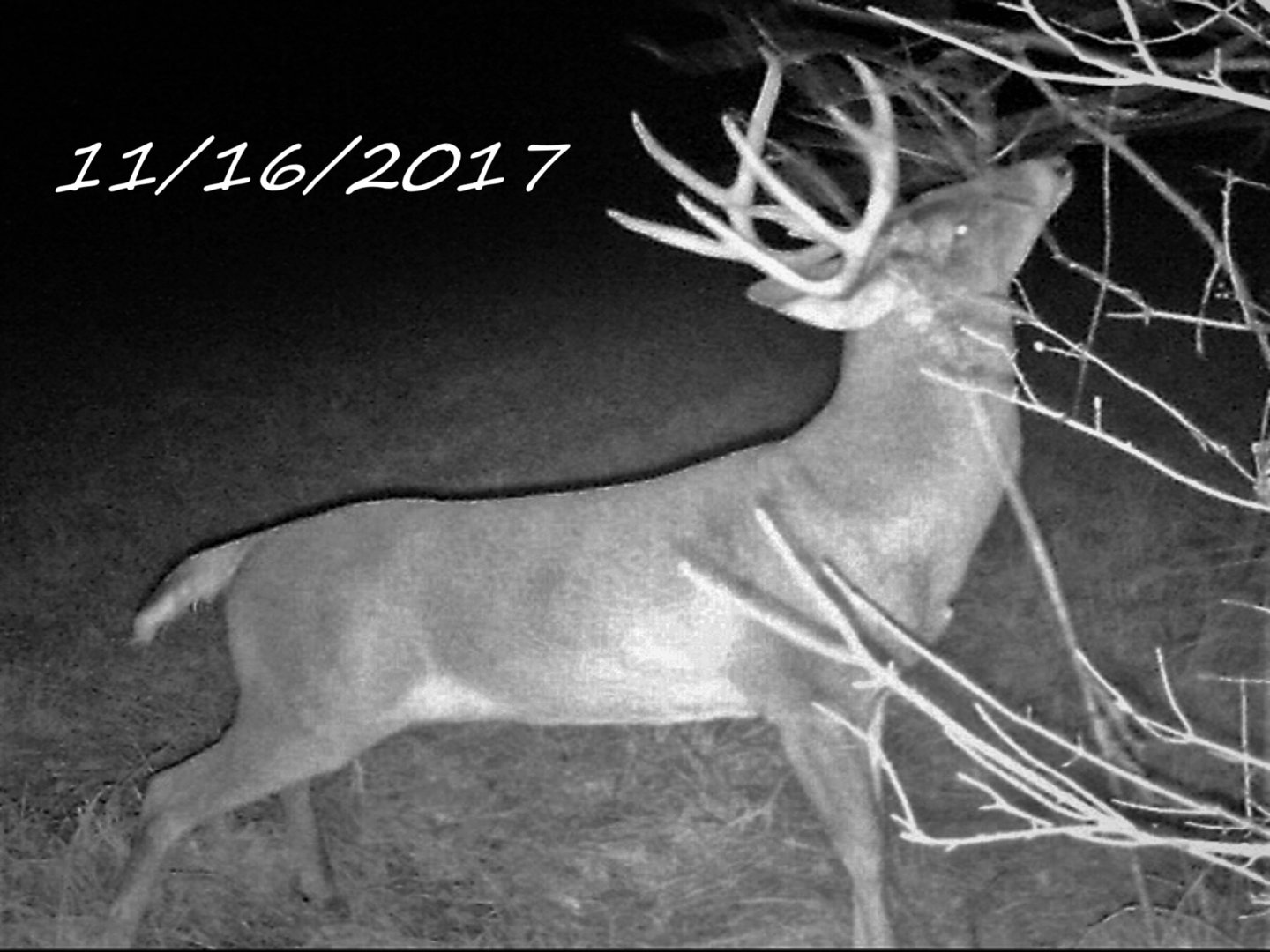 Once I pick me up a brand new ink cartridge, I'll replace the current photograph.

I also have some real good trail camera video footage of him in action at one of my pine licking branches making a big scrape.

I have another cool buck mount that's completely different that I'll be sharing real soon once I pick him up from the taxidermist, so stay tuned folks.
Last edited: Jun 30, 2019
Likes: NWOHhunter, Big_Holla, Boarhead and 8 others

Nice job! I have a large metal basket that I put over the antlers to keep those furry little bastard squirrels off of it.
Likes: Wildlife

Denny! WTH you been doing? Ghosted on us.

giles said:
Denny! WTH you been doing? Ghosted on us.
Click to expand...
It's been a real busy, busy year for me.

This past week was our Wedding Anniversary, so I took the entire week off. Sadly, tomorrow is back to the old grindstone, but I was able to slip away a few times throughout the week to catch up on some of my hunting projects, for instance, like this euro mount that I just finished up earlier this morning.

I have a few more projects in the works 'TOO' that I'll be sharing here fairly soon when I'm finished.

Earlier in the week, we spent a few days down in Hocking Hills, which sparked that internal flame within me once again for the new up and coming season.

I seen plenty of deer all over the place down there, that's for sure.

Within the 'Anniversary Getaway' video below, at the bottom of the description section, there are a few more video links of examples of what I'm talking about.

Amazing what a place like that can do to a person. Just seeing the pics you know the exact spot the person was standing. We’ve been exploring a few other places this year.
C

Picked me up an ink cartridge today for my printer. 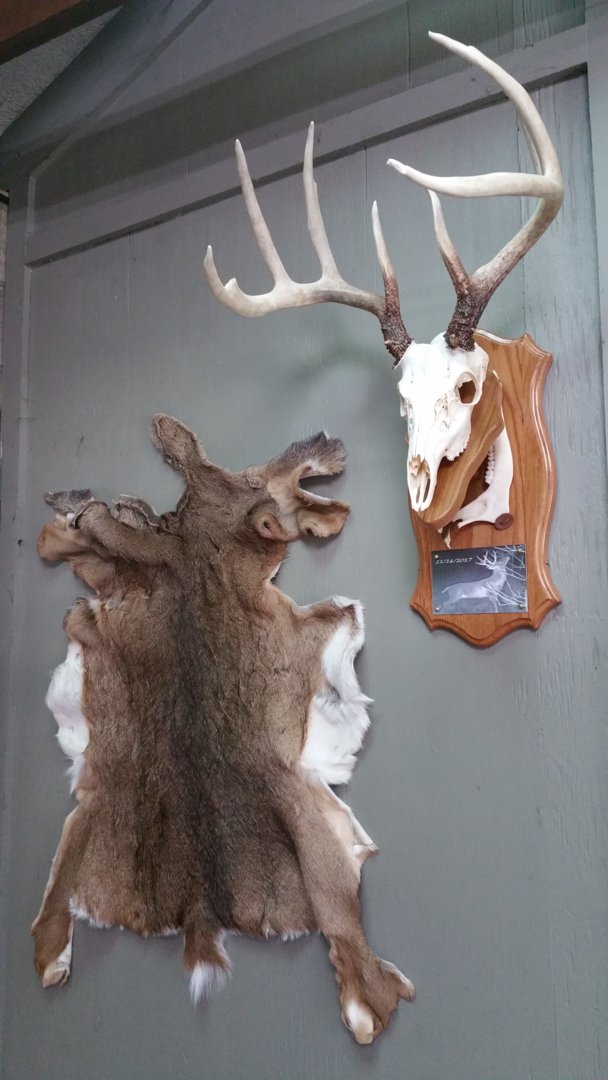 Photograph turned out much better this go around.

The hide beside it doesn't belong to him in case anyone is wondering.

It belongs to one of the two that I harvested last season.

Picking up my other buck mount by the end of the week at the taxidermist.

More pictures will be shared by the weekend at some point.

Wish everyone an awesome '4th of July'!