I took the morning to go shuffle some cameras. Scouting mid-season is something I don't do enough. I had a couple of cameras down for gun season (non-cellulars) and one Cell Link setup to put out, also. I was hoping to find fresh sign and did, so that was promising. One camera went into a new location where I have never had a camera or hunted, but sign was fresh (tracks and shit) so we'll see what happens. I'm assuming it's doe traffic but I could use another one of those. Another camera went back to a location where I had one twice already this year, as well as late last year. I was hoping to find a good new location for the Cell Link and I'm pretty excited about what I found. A couple of large rubs, dozens of smaller rubs, and loads of fresh sign (tracks and shit). It's in a pretty open area, which I usually don't hunt much, but it sits between two thick areas. The bench wraps around a short nose and there's a really steep bank/high wall below. I think it's steep enough it's going to help pinch deer on the bench. Entry and exit is pretty good, just a long walk. Here's a few pics from the hike. 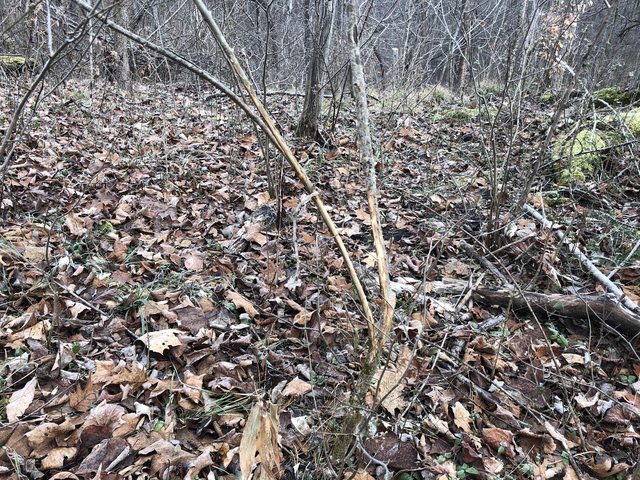 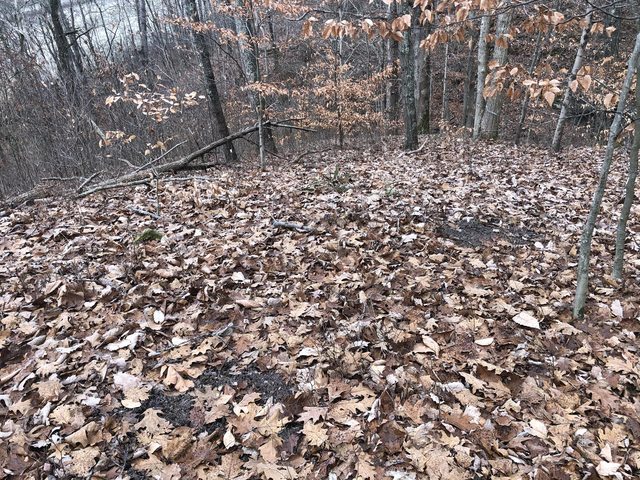 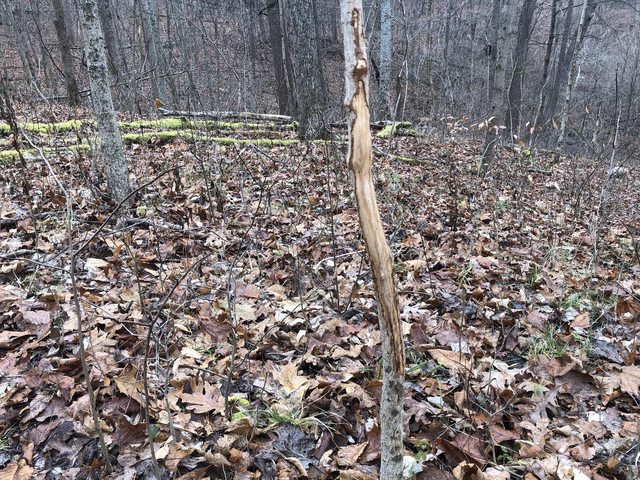 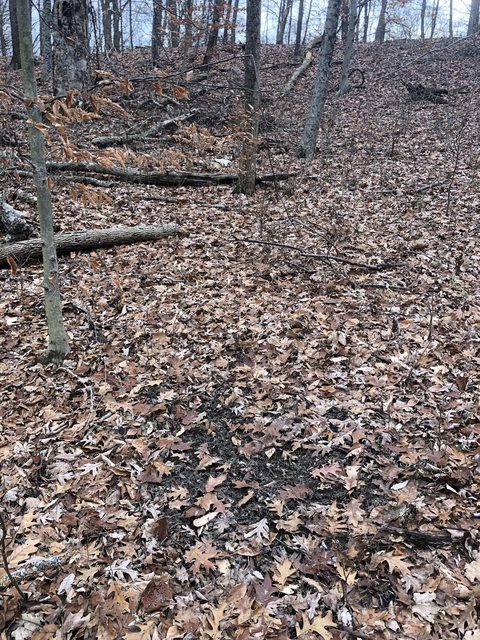 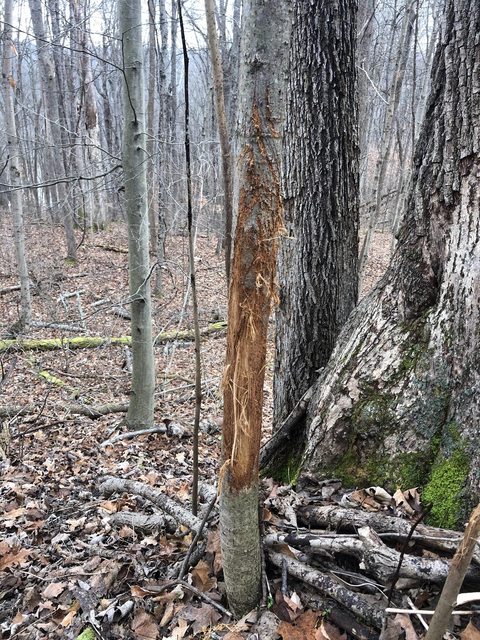 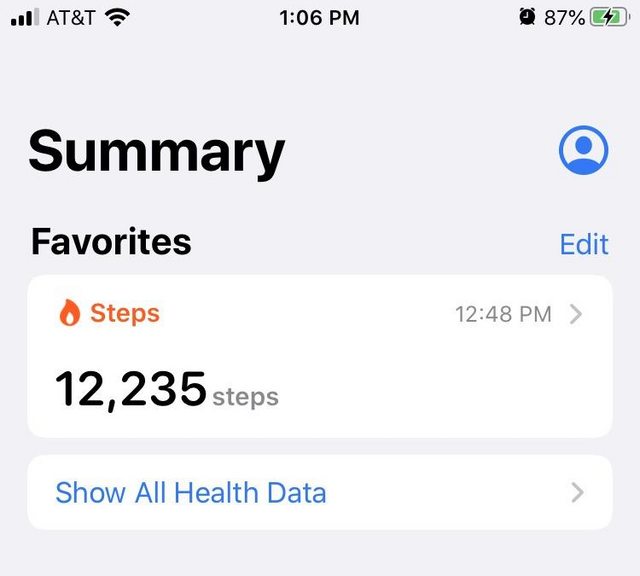 One of the cameras I hung that day I was hoping would produce a pic or two of the big 10 pointer I had inside 15 yards on the ground. I was 50/50 expecting to see him on this camera I pulled before the extended gun weekend. I got a few pics of him, this was the best of them. Disregard the date/time, I forgot to set it up when I got the camera ready to go. He's a good one for public ground. I don't think I'm out of the game with him yet. I'll get cameras back out and try to nail him down, I have a solid idea where he is staying right now. 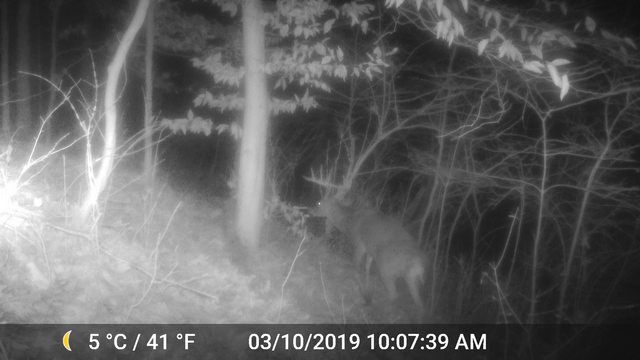 Forgot to post this one up, mainly because it was a dud and it was between Christmas and our family vacation right after. It was the day after Christmas, and I only had a few hours. I had been wanting to ground hunt a little public spot, close to parking but easily overlooked, where I had found some doe sign. Lots of tracks, some fresh, some shit. It was a trail along a creek leading from private ground towards a cut corn field, also on private. 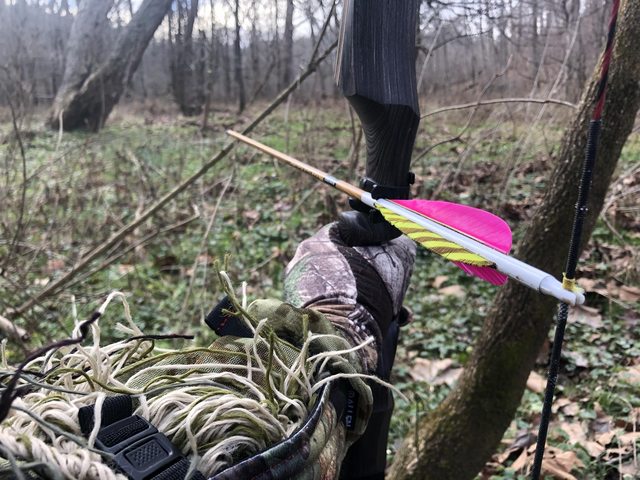 I liked the setup, but the sit was nearly a complete bust. I could faintly see deer skirting me at dusk and I had to be home by 6PM, so I was in the process of slipping out when they slipped by on private about 100 yards out. It was just light enough for me to see two deer in the cut corn when I left. I literally sat within 85 yards of my car. 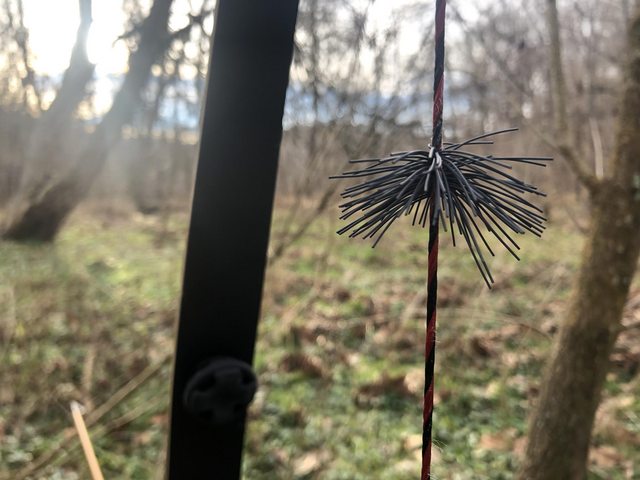 Saturday, the opener for muzzleloader, I hoped to take advantage of some doe activity on camera at last light to add a doe to the freezer. I knew the weather was not going to be great on Sunday so I was hoping a deer would cooperate on Saturday. I got in the tree about 2PM and figured I'd be waiting until 5:15-5:30 for a shot. I wasn't wrong. 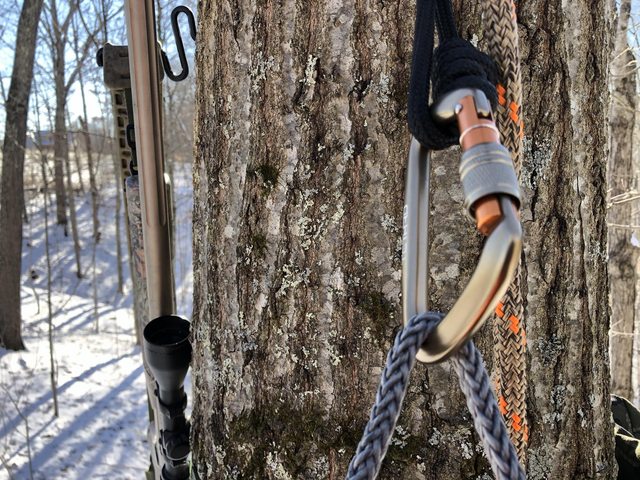 It was a slow afternoon, seeing one small fork horn walk the opposite side of the hollow from me at around 4:30. About 5:20 or so, I spotted a deer crossing the ravine below me and coming towards me. Then another. And another, etc... There were 5 in total, cautiously working my way. Best I could tell, two mama does and three fawns. My goal was to shoot a bigger one, but if the fecal matter struck the air circulation device, I'd take what I could get. They were working my way, one fawn inside 40 yards, and I think the thermals started to betray me. I was smoked up, everything except the gun that I had just cleaned the day before, and that could be what they got. They were nervous, checking the wind, and I could sense they weren't sticking around. One of the mama does stepped into a tiny hole at about 65 yards down the hill, between two trees. I was solid on the side of the tree, centered the crosshairs on the vital V, and squeezed one off.

I saw them scatter and it wasn't hard to figure out which deer I shot. She ran 10 yards, her front legs gave out, and she bulldozed her way out of sight towards the bottom of the (God forsaken home of the devil himself, muddy banks covered in melting snow death trap of a) ravine. 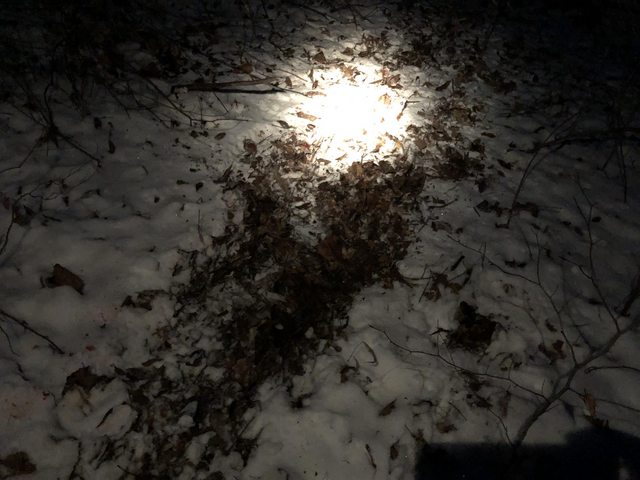 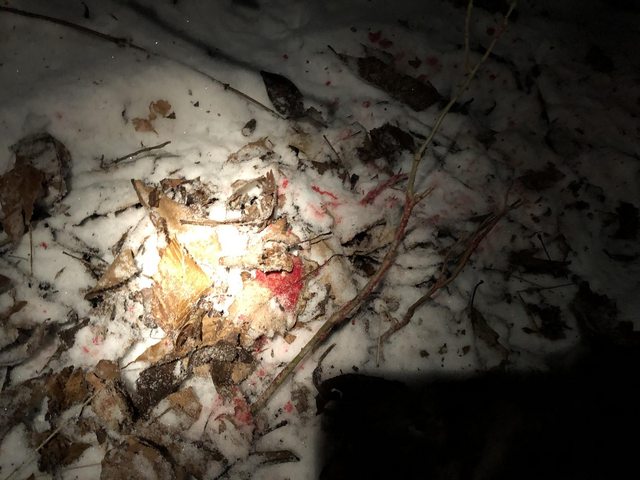 I walked to where I lost sight of her. Yep, she trucked herself right over the edge and all the way into the creek. 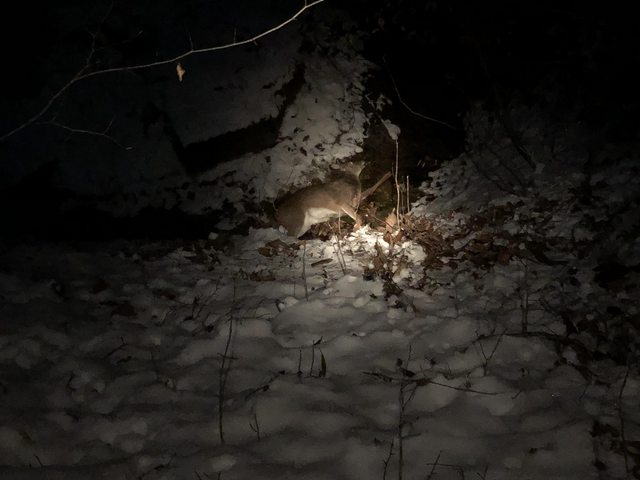 The worst mistake of my life was made soon after. One of the worst, anyway. I took the heavy stuff back to the Jeep and retrieved my deer cart. I figured it might help a little getting her up out of there. Yea. No. Never again on a hill like that. I struggled getting the cart going uphill, it flipped over once, so I had to resort to a good old fashioned drag. I found a little drainage area where I had marginal footing and drug her up out of that hell hole. Then I had to walk back down for the cart. The cart did help once I reached the field, but by that point I was almost as dead as she was. 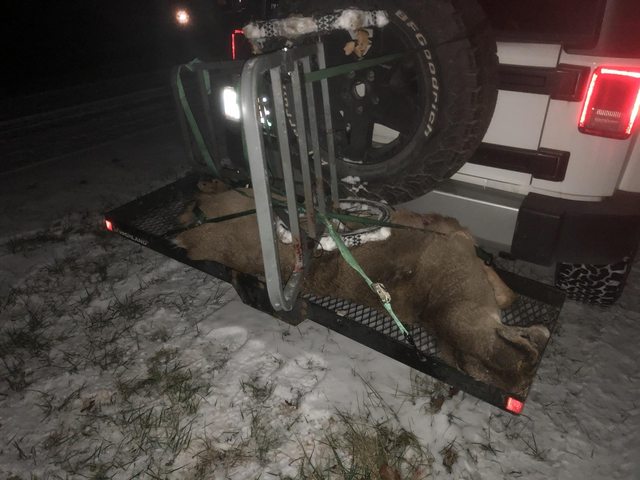 I earned every ounce of that deer. 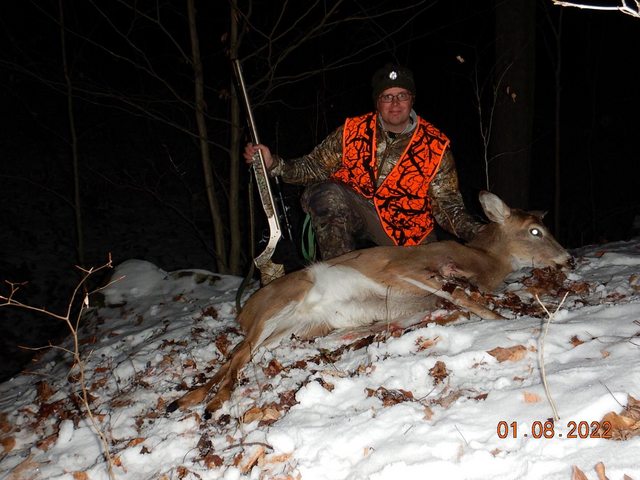 The landowner out there had just gifted me a couple of old knives his grandfather had used on their farm growing up. He told me they butchered a lot of pigs, so it's hard to say how many pigs this old knife cut up. 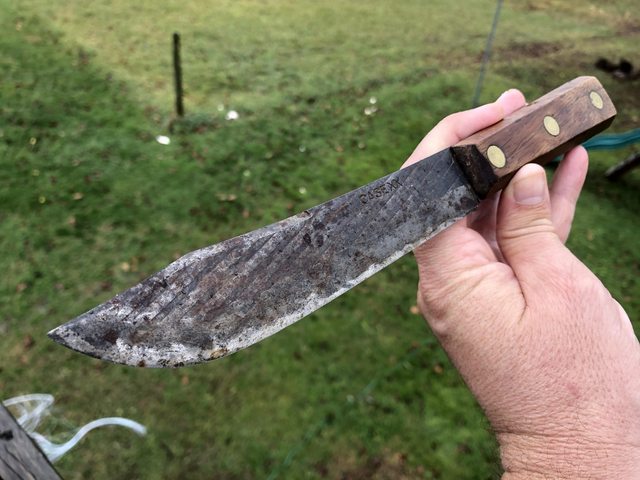 I put a quick edge on it and used it to process the meat. The blade took an edge really well and chunked her quickly for the grinder. 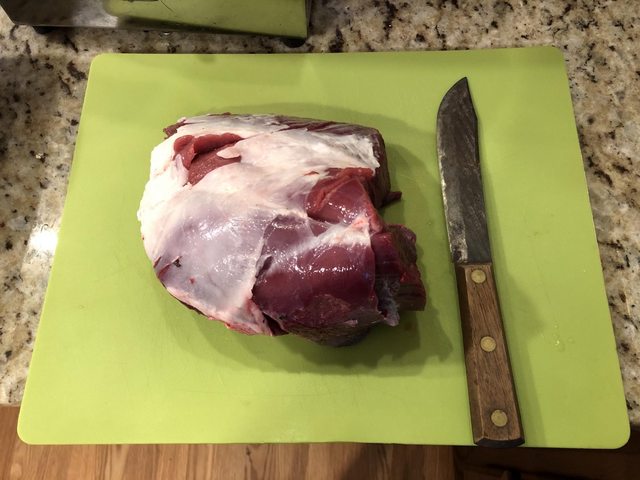 Great story Jeff!
That looks like an Old Hickory knife. They take an edge in a hurry and have butchered more home grown meat than most any knife in history. Hang onto it.
Reactions: giles and Creamer

Congrats on the doe. Sounds like a miserable drag out.
Reactions: Creamer

Good job on the shooting, Jeff… Thanks for bringing us along! Nice touch on cutting her up with that gifted knife!
Reactions: Creamer
S

Congratulations
Great write up
It always cool to use old tools and think about all the people who have used it
Reactions: Creamer
C 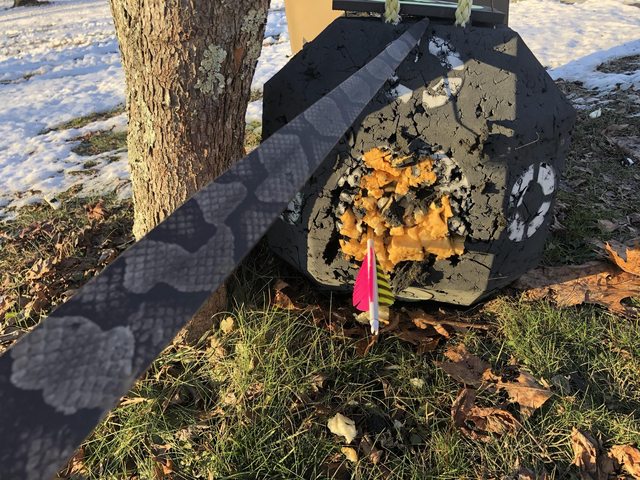 No pics from the hunt, but the difference between hunting pressured public ground and manicured deer property is pretty stark. Between the walk in and the hunt, we saw 19 deer. I think 6 were bucks. I probably would have to sit 5+ times on public to see 19 deer. The swirling wind was causing some issues, the deer were picking something up but weren't blowing out. Finally, at the end of the evening, some does worked closer for a shot. I had been shooting well and the one "miss" I almost never make is high. And I missed high from 16-17 yards. Go figure. They had no clue what happened and just kind of walked off. The ground was so hard the arrow skipped when it hit the ground. I go out the next day to shoot and wear out the middle. Oh well, we'll give it another shot next weekend. 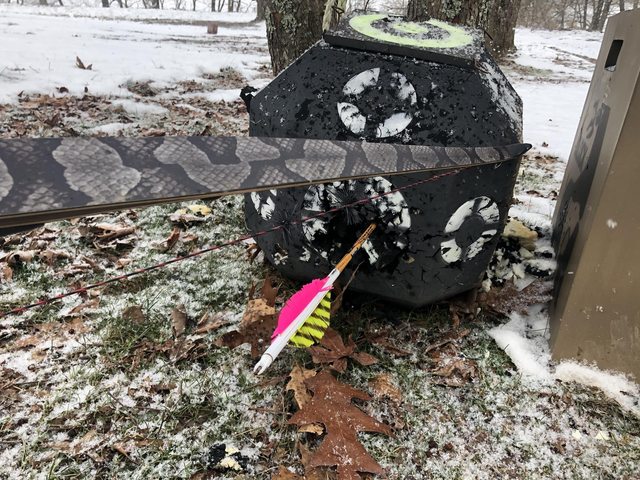